Merrimack College is hosting the fourth biennial North American Conference on Nineteenth-Century Music, with scholars from across the United States and Canada who are visiting to lecture and learn about the romantic period of music. 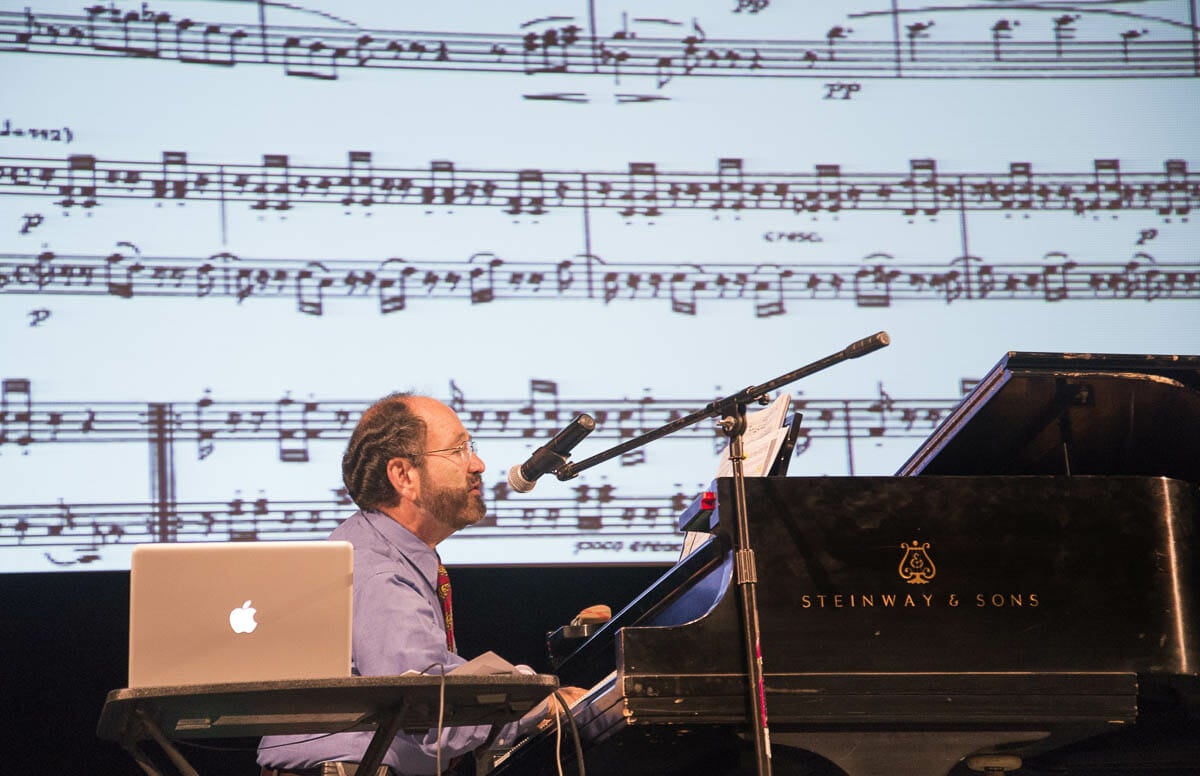 The conference, July 16-18, is being organized by assistant professor Laura Moore Pruett of the Visual and Performing Arts Department.

“I’m really excited about having it here,” Pruett said.

The conference will raise awareness of Merrimack and show musical scholars that it’s an institution where academic work is being done well, she said.

The last conference was held in Texas two years ago. Members of the scholarly community wanted this conference held in the Northeast and asked Pruett to lead the 2015 Program Committee. Dean of Liberal Arts Katherine Tiemann approved the idea and Pruett went to work.

“It’s really an exciting event,” Tiemann said. “This is a group of scholars that is doing some interesting work and it’s quite an honor to have them on our campus.”

About 60 scholars are coming together to present their latest research on music and culture,through their writings, poster presentations, lectures and recitals.  Merrimack Coordinator of Campus Music Activities Hugh Hinton is scheduled to perform in concert at the Rogers Center for the Arts July 17 at 8 p.m.

Each biennial conference is held at a new site and offers a robust platform for sharing music and its culture. Nineteenth century music has been described as a romantic period though a recent trend is to describe music by time period rather than an era.

“The idea of connecting music to culture has become more and more important,” Pruett.

Pruett is scheduled to present her work on American composer Louis Moreau Gottschalk’s “The Banjo” July 16.

The conference grew out of a well-known biennial European conference. Scholars of 19th century music wanted something similar in the United States during off-years and arranged the North American conference. It’s not organized by any of the scholarly groups such as the American Musicological Society or the Society for American Music.

This conference is smaller and more focused on a particular type of music than those typically organized by national music societies so there’s more personal interaction and Merrimack can be showcased better, she said.