The farcical play “Black Comedy” produced by the OnStagers Dramatic Society is set to open its three-day run at the Rogers Center for the Arts tonight at 7:30 p.m. 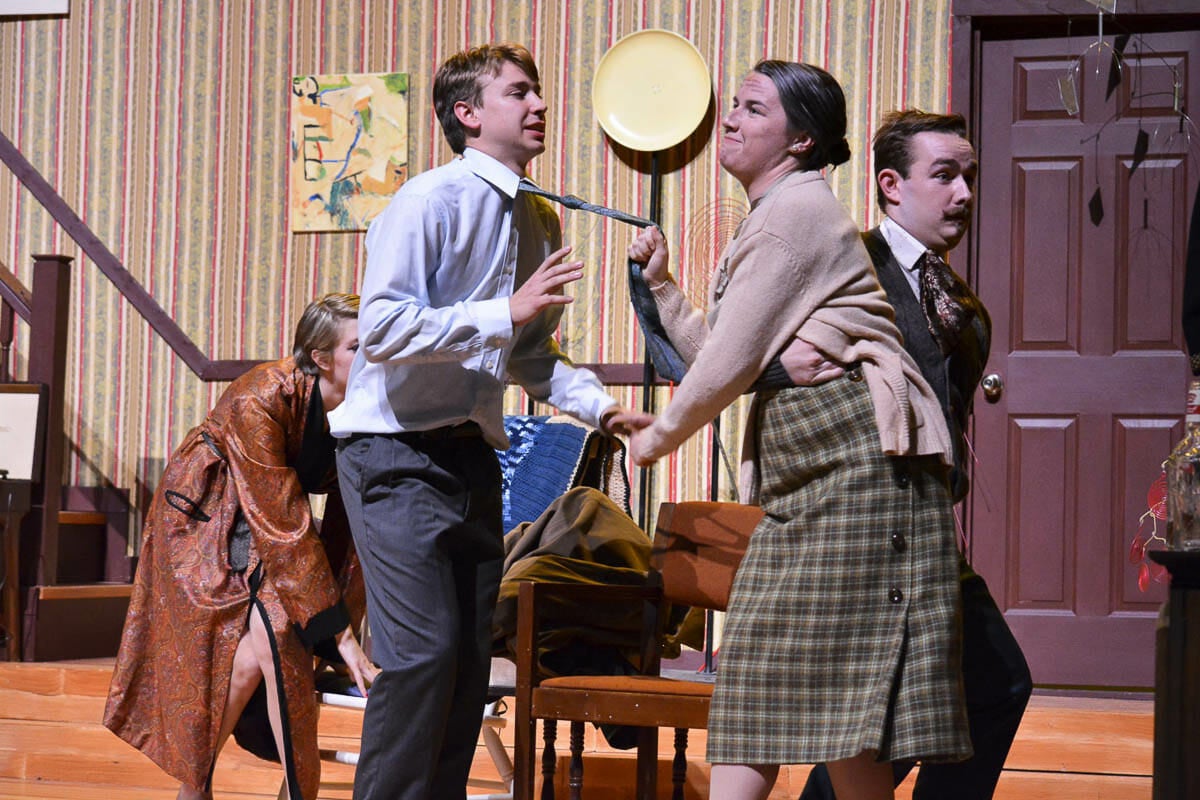 It’s about sculptor Brindsley Miller, played by Griffin Ostrowski ’18, hosting an art collector for the evening who’s interested in his work. To prepare for the evening Miller and his debutante fiancée Carol Melkett, played by Olivia Lombardo ’18 borrow furniture without permission from an out-of-town neighbor so they can stage his apartment.

Meanwhile, Miller will meet Melkett’s father for the first time at the dinner party.

“From there everything descends into chaos,” Sills said. “Sort of an old-fashioned slapstick farce.”

During the play, the actors behave as if they are fumbling and bumbling in the dark.

Acting as if they can’t see each other is a challenge, Lombardo said.

“Remembering not to look at someone as you speak to them is really different,” she said.

There’s a complexity and heaviness to Miller’s character that made Ostrowski eager to play the role.

“I want to play Brindsley because of all the conflicts and weight on his shoulders,” Ostrowski said.

There’s a degree of unpredictability from a production standpoint so no one from Sills to the stage hands are sure what will happen during the performances. Each rehearsal has had mishaps and unexpected challenges. Actors rehearsed with the lights off and then wearing blindfolds which led to Lombardo walking off the stage once. She wasn’t injured.

General admission is $10 or $5 for Merrimack College students and employees.