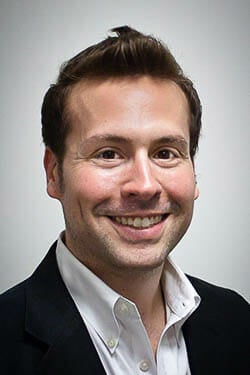 Two additional students – one from Lynn English High School and one from St. Mary’s High School – will also receive full scholarships under the recently expanded O’Brien Scholarship Program. Many students in both programs are first-generation college students and leaders in their schools and communities.

“The Pioneer Scholarship Program began to reaffirm Merrimack’s commitment to the city of Lawrence,” said Merrimack President Christopher E. Hopey, Ph.D. “Coupled with our mission to enrich lives and increase access to education for all deserving students, the Pioneer Scholars Program allows Merrimack to continue to deliver on its promise to Lawrence as well as provide deserving and remarkable students with an educational pathway. We are equally thrilled to be able to expand these efforts with the support of the O’Brien Foundation to help more students matriculate from Lynn. We look forward to welcoming each Pioneer and O’Brien recipient to Merrimack’s campus community this fall.”

Yasmin Davis is a leader both in the classroom and within the Lawrence High School community. She has volunteered with several different organizations, including the Lawrence Public Library. Her family came to the United States when she was 14 years old, and she attributes getting involved in clubs and sports to her academic success. She was a key part of her school changing Columbus Day to Indigenous Peoples Day and is looking forward to contributing to positive change on Merrimack’s campus. Yasmin will pursue her bachelor’s degree in biology.

Joshua Diaz has dreams to become the next Jeff Bezos. His interest in studying business administration, specifically entrepreneurship and small business management, has a lot to do with his relationship with his brother. They often speak about business ideas and concepts and this has further inspired his goals to become a successful business leader. He shared in his interview that one of his parent’s biggest dreams is for him to earn his college diploma. Being able to do that as a Warrior on Merrimack’s campus would be a dream come true.

Dahlia Garcia has been participating in theater, volunteering in local classrooms, assisting fellow students at her school and working part-time. She also served as president of the Spanish club within Abbott Lawrence Academy. Dahlia is extremely committed to serving her school and the greater Lawrence community. She’d like to become a therapist and work with younger students. Her school counselor said Dahlia’s “inherent leadership abilities, kindhearted nature and patience will allow her to thrive in this field.” Dahlia will be a psychology major this fall.

Jandeliz Hernandez is looking forward to being a part of our diverse community at Merrimack. In her interview, she shared that her aunt, who is deaf, is a big inspiration in her life and even taught Jandeliz American Sign Language. Jandeliz looks forward to continuing to embrace fellow Merrimack students’ differences during her time on campus. As a high school student, she balances part-time employment, being a student tour guide, creating award-winning art and volunteering in her community. She will be studying business administration.

Sabrina Marte says she has “learned to persevere in a world that is rooting for her defeat.” She wants to help young Afro-Latinos who grew up with the same challenges and obstacles that society has put in her own path and inspire them to overcome them like she has. Sabrina’s ultimate career goal is to make a profound impact and difference in the world. She has been the president and secretary of the student government association and participated in Phillips Academy Andover’s summer math and science program. She balances family responsibilities, employment, athletics and service. She will major in mathematics.

Arline Ortiz looks forward to being a criminology and criminal justice major. Her mother is a big inspiration in her life and future college plans. Arline sees this scholarship as a “thank you” to her mother, who created opportunities for her when they moved to the United States from the Dominican Republic. Arline has a tremendous dedication to service including the Junior Reserves Officers’ Training Corps (JROTC) and the Cor Unum Meal Center in Lawrence, Massachusetts.

Emilka Paulino is described by her school counselor as “a student whose personality can light up a whole room.” Emilka knows the value of her Early College experience at Merrimack in helping prepare her to continue to find success academically as an undeclared liberal arts major this fall. One of her long-term goals is to become a lawyer. Emilka’s service to her school and community includes participating in the Excel club, leading bowl-a-thons, volunteering with Project Home Again and working with elementary school-aged children.

Shelein Rojas will be a communication and media major. She has grown tremendously academically throughout her high school years and is very appreciative of the opportunity to be an Early College student at Merrimack. Shelein serves as an interpreter for community and school events and is deeply committed to service. She is also passionate about dance and theater.

Liah Rosario will be a health science major this fall. Her dedication to her school and community includes being captain of her soccer team, a National Honors Society board member and spending over 50 hours in her community as a youth soccer coach and pre-K assistant. Liah also participated in summer college programs throughout high school. Her true passion and interests lie in helping others, giving back and always being connected to serving her school and community. One of her interviewers said “Liah has a deep awareness of what others have had to do to make this scholarship possible for her and her classmates.”

Angeline Setiawan is a captain of the mock trial team, a senator in student government and a chess club participant. Her teacher shared that she is always looking to learn and try new things. Angeline will be a computer science major and credits an Advanced Placement computer science course to furthering her interest in this academic and career area. She enjoys coding and has learned a great deal about computer science as a pathway for her future career goals.

Chris Rincon is from Saint Mary’s Lynn High School. He said the significance of this opportunity is to be the first in his family of immigrants to pursue higher education. “My parents constantly reminded me growing up that education was the avenue for success that would allow me to give back to my community,” he said. “They meant both formal education, as well as an understanding of society, justice, humility and gratitude.” He is looking forward to pursuing a degree in mechanical engineering this fall. Throughout high school, Chris has been involved in football and track and has been a team captain. He was a captain of Phalanx (a robotics team), a student council leader and a part-time employee as an admissions ambassador. He has also been involved in campus ministry and service. His teachers and school counselor alike describe him as a leader and someone who gives back with a strong sense of compassion, including his time spent at his internship Beyond Walls, an art-based community program.

Taina Tavarez-Reyes from Lynn English High School will be studying business administration with a concentration in entrepreneurship and small business management. Her involvement in high school includes student government, athletics, the science team, photography club, part-time employment, public service and participation in the Latin club. Her history teacher said, “Taina is intelligent, engaged in learning, a great debater and motivated to excel. She is a role model and leader who motivates others. She is witty, sarcastic and has a winning personality.” Taina took time to volunteer during the pandemic, specifically to assist her community with food distribution and tackle food insecurity. She reflected during her interview experience that one of her main goals in life is to “try to spread positivity whenever I can, because sometimes a little bit of light can guide someone out of a dark place.”