Merrimack College students and staff members embraced the Merrimack mission to enlighten minds, engage hearts, and empower lives by participating in a variety of service trips this winter break. These dedicated Merrimack groups traveled to Washington D.C. and Camden, New Jersey for a week of service. 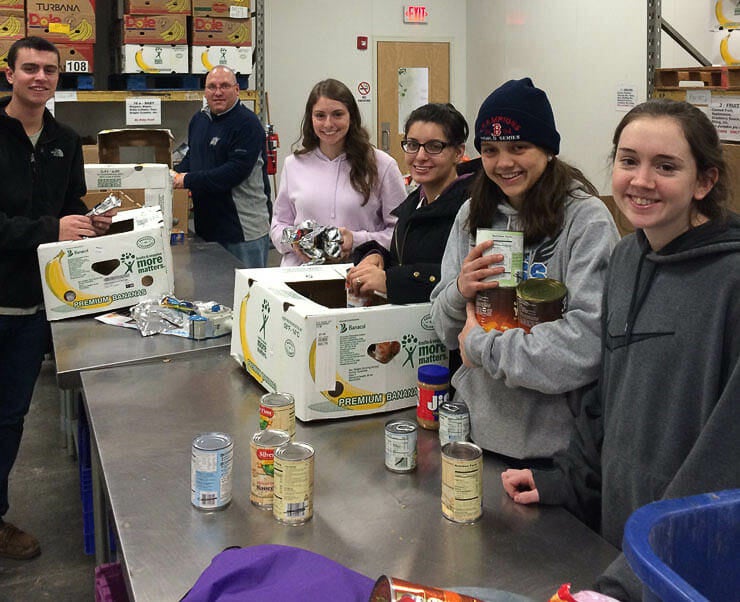 In Washington, D.C., students and staff stayed at the Washington Seminar Center. The service aspect included food preparation at soup kitchens, sorting clothing donations at Bread for the City, working at a food bank, and working with Food & Friends, which delivers meals to people with terminal illnesses. These students learned the true value of service and how much the people of D.C. were actually serving them.

In Camden, students and staff stayed at the Romero Center, which is named after Oscar Romero of El Salvador. At this site, they had the opportunity to learn about the history of the city of Camden and how it went from being a thriving city to one of the most dangerous cities in the United States. Students and staff participated in service such as working at MLK child development center, a food bank and soup kitchen, a homeless shelter, Francis House, which is a center for people with HIV/AIDS, and an elderly home. They experienced the different types of poverty that we could carry at one point or another, including illness, homelessness, old age, hunger, and other forms. One of the quotes at the Romero Center stated, “You say you love the poor…name them.” At this site, participants learned how important it is to actually respect people and learn about their lives, instead of simply serving them.

At both sites, students and staff alike really learned a lesson on respecting the dignity of people, whether or not they were homeless, ill, or hungry. Cailyn Kelley, a sophomore who went on the Washington D.C. trip learned that, “Anyone can suffer from homelessness and only about 1/3 fit that stereotype we have in our heads of what homelessness is. I learned to forget those stereotypes because people who are homeless are just like anyone else, they just don’t have a home.” Also, students learned a lot about how attitude can change everything. “Seeing the positivity radiating from the people we met, who many would consider disadvantaged, made us want to reevaluate how we live our lives and to appreciate everything that we have,” said Lauren Bowers, junior and student leader for the Camden trip.


Students truly benefitted from both of these Alternative Winter Break trips. For any student interested in participating in Alternative Spring Break, applications are due by January 31, 2014.