Rachael Longo is an adjunct professor currently teaching courses Acting I, Intro to Theatre and Intro to Playwriting at Merrimack. 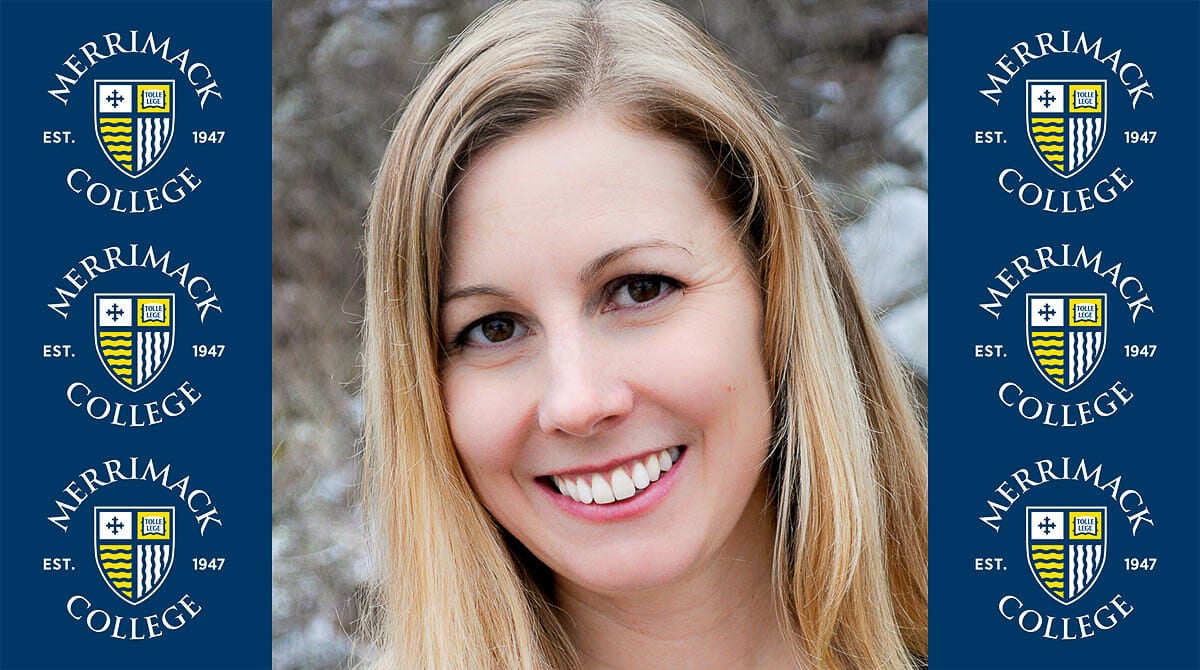 Adjunct Professor Rachael Longo says teaching theatre is “not just exposing students to acting, it’s about giving students the opportunity to explore. It’s about the human experience and creating humans with empathy.” Professor Longo has been teaching courses such as Acting I, Intro to Theatre and Intro to Playwriting at Merrimack since the spring of 2013. She also teaches Acting for Educators, which developed out of her passion for using educational theatre as community outreach.

Professor Longo received her bachelor’s in theater at Skidmore College and continued to study at NYU where she received her master’s in educational theatre. Learning about the different uses of drama, set her on the path toward teaching. Working with theatre companies that had workshops with schools, Professor Longo was able to see first-hand the impact theatre can have on the confidence of students.

During the pandemic, Professor Longo has been fortunate enough to continue her own theatre training online. Meeting with her theatre group each week, the actors practice techniques in devising, Checkov, Stanisloski, multimedia collage work, and collaborative skills. She was able to use these skills in two virtual performances that were held over zoom and streamed for a live audience.

When the lockdown started, Professor Longo decided to lean into her passion and use acting as a way to stay connected. She reached out to colleagues and proposed a video project hoping to make space to collaborate, share and stay rooted in the performing community. Longo sent the participants various writing prompts and noted she received, “beautifully powerful writings about what it was like to be an artist during the pandemic.” Professor Longo divided the writings and had the actors record themselves performing in their own spaces. She said, “It was such a satisfying and gratifying experience, being able to unify our works together while still being in separate spaces.”

Professor Longo has a similar philosophy when it comes to the classroom. She typically uses a lot of group work, encouraging her students to interact with the people and spaces around them. This posed a challenge with the shift to online learning. “Even though we are in these boxes, I kept asking the students to think about how we can feel like we are in a shared space?”

Professor Longo saw her students grow, persevere and overcome many trials that came with learning acting online. She wishes, if anything, that her students walk away from her classes with an understanding that, “how you interact with the world is often how you are going to be interacted with,” and hopes her students develop the skills and confidence “to use their voice for good and know that they are heard. It’s scary to put themselves out there. I want to let my students know that their voices should be heard.”