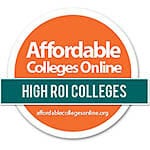 “Mr. McGillivray’s dedication to service, community, and the greater good underscores Merrimack’s core mission,” said Dr. Christopher E. Hopey, president, Merrimack College. “David’s belief in personal achievement and his diligence in making a difference in this world is a perfect example for our students as they begin to embark on their personal and professional journeys. Merrimack College is honored to have such a distinguished speaker address Merrimack College and its community.”

“The College is thrilled to recognize the distinguished group of leaders receiving honorary degrees during this year’s commencement exercises,” said Hopey. “Their hard work and dedication to their fields represent the meaning, to the highest standard, of each degree that will be conferred.”

“On behalf of the Board of Trustees, we are honored to be able to bestow degrees onto each recipient because they illustrate the best of what Merrimack is,” said Brian C. Mitchell, Ph.D., Chairman of the Board of Trustees, Merrimack College. “As a recipient and a Merrimack alumnus, I am especially proud to be among such distinguished professionals whose life’s work can be used to inspire the next generation of leaders to achieve great things.”

McGillivray first gained national prominence in 1978 when he ran across the United States to raise money for the Jimmy Fund. Since then, McGillivray has accomplished numerous other exciting and inspirational feats. In 2000, McGillivray received a Lifetime Achievement Award from Competitor Magazine for his more than 20 years of service to the sport of road racing and triathlons. Later in 2000, he won a prestigious national award from Road Race Management for his direction of the Peoples Beach to Beacon 10K. He is also Race Director of the B.A.A. Boston Marathon and president of Dave McGillivray Sports Enterprises (DMSE, Inc.), a nationally recognized event management company.

Mr. McGillivray was inducted into the Running USA Hall of Champions in January 2005 and celebrates his participation in the running industry for his exceptional contributions to the development of the sport. McGillivray recently was selected to the Massachusetts General Hospital Cancer Center’s 2011 “The One Hundred” list honoring outstanding contributions to the fight against cancer.

David McGillivray holds a B.S. in Mathematics from Merrimack College.

During Commencement 2012, the College will award a total of 578 degrees, including 44 master’s degrees and 531 bachelor’s degrees.